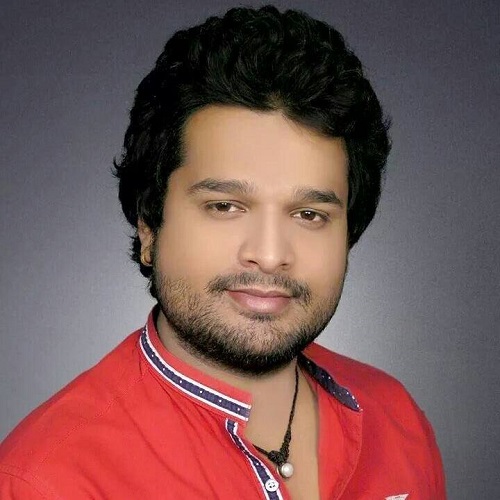 Ritesh Pandey wears many hats – including those of Model, Singer, Actor, Influencer, and Stage Performer. However, he started his career by singing for Bhojpuri films. Yes, he pursued his passion for singing even though he was good in studies, and many people advised him to prepare for doctorate education.

Ritesh was born on 14th May 1991 and hails from Sasaram in Bihar in India. Though, later, he shifted to Varanasi, where he recorded some songs. Also, he attended Kashi Vidyapeeth Varanasi.

Now, in his initial years as a singer, although Ritesh was struggling, yet he continued to release songs. Gradually, he met with success, when the public started taking interest in his songs.

Presently, he has released in more than 24 Bhojpuri films. He released his first Bhojpuri album in the year 2010.

He sang for a spate of Bhojpuri films; his popular numbers including ‘Piywa Se Paheli’ and ‘Hello Kaun. These tracks gave him a foothold in the Bhojpuri industry. In fact, his track ‘Hello Kaun’ grew to become one of the top-rated songs. Plus, this track went on to not only become the Number 1 track on Global YouTube Music Videos Chart in the year 2020 but also got the highest views among Bhojpuri songs after reaching 600 million views on YouTube

Also, he met with more success after releasing his first international track ‘Lachke Kamariya’, which was loved by the audience.

As an actor in Bhojpuri films, he made his debut in the year 2016 with the film ‘Balma Viharwala 2’. Then, he went on to act in several other Bhojpuri films such as Nache Nagin Gali Gali, Tohreme Basela Pran, Ye Hamar Jaan Tohare Mai Basela Pran, India Vs Pakistan, Rani Weds Raja, and Karam Yug.

Ritesh’s hobbies include dancing and singing, and his favorite food is Liti Chokha.